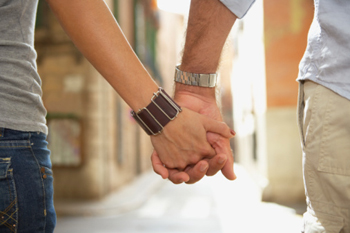 ScienceDaily (Nov. 22, 2010) How you think about your goals — whether it’s to improve yourself or to do better than others — can affect whether you reach those goals. Different kinds of goals can also have distinct effects on your relationships with people around you, according to the authors of a paper published in Current Directions in Psychological Science.

People with “mastery goals” want to improve themselves. Maybe they want to get better grades, make more sales, or land that triple toe loop. On the other hand, people with what psychologists call “performance goals” are trying to outperform others — to get a better grade than a friend or be Employee of the Year. Both kinds of goals can be useful in different contexts. But P. Marijn Poortvliet, of Tilburg University in the Netherlands, and Caline Darnon, of France’s Clermont University, are interested in the social context of these goals — what they do to your relationships.

Poortvliet’s work focuses on information exchange — whether people are open and honest when they are working together. “People with performance goals are more deceitful” and less likely to share information with coworkers, both in the laboratory and in real-world offices he has studied, Poortvliet says. “The reason is fairly obvious — when you want to outperform others, it doesn’t make sense to be honest about information.”

On the other hand, people who are trying to improve themselves are quite open, he says. “If the ultimate goal is to improve yourself, one way to do it is to be very cooperative with other people.” This can help improve the work environment, even though the people with these goals aren’t necessarily thinking about social relations. “They’re not really altruists, per se. They see the social exchange as a means toward the ends of self improvement.” Other research has found that people with these self-improvement goals are more open to hearing different perspectives, while people with a performance goal “would rather just say, ‘I’m just right and you are wrong.'”

But it’s important to think about how goals affect the social environment. “If you really want to establish constructive and long-lasting working relationships, then you should really balance the different levels of goals,” Poortvliet says — thinking not only about each person’s achievement, but also about the team as a whole.

Some people are naturally more competitive than others. But it’s also possible for managers to shift the kinds of goals people have by, for example, giving a bonus for the best employee. That might encourage people to set performance goals and compete against each other. On the other hand, it would also be possible to structure a bonus program to give people rewards based on their individual improvement over time.

Editor’s Note: This article is not intended to provide medical advice, diagnosis or treatment.

Story Source:
The above story is reprinted (with editorial adaptations by ScienceDaily staff) from materials provided by Association for Psychological Science.