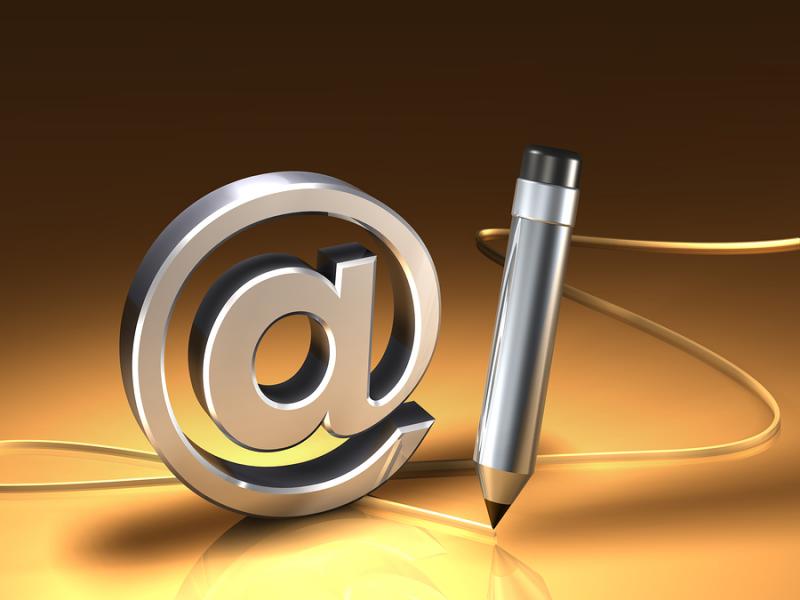 ScienceDaily (Feb. 14, 2012) Members of the modern workforce might be surprised to learn that if they use the word “weekend” in a workplace email, chances are they’re sending the message up the org chart. The same is true for the words “voicemail,” “driving,” “okay” — and even a choice four-letter word that rhymes with “hit.” However a new study by Georgia Tech’s Eric Gilbert shows that certain words and phrases indeed are reliable indicators of whether workplace emails are sent to someone higher or lower in the corporate hierarchy.

Gilbert, assistant professor in the School of Interactive Computing, focused his attention on the “Enron corpus,” a body of 500,000 emails among about 150 former Enron employees, making it the largest email data set available for public study. Even after taking a “conservative, careful” approach — applying numerous filters and eliminating thousands of emails that would have muddied his conclusions — he still was able to identify lists of words that reliably predicted whether emails traveled up or down the ladder.

“Across a wide variety of messages and relationships, these phrases consistently stand out as signaling a power relationship between two people,” Gilbert said. “The probability of it occurring due to chance alone is less than 1 in 1,000.”

Primarily Gilbert’s work could be applied in designing “smarter” email software. Future email clients, he said, might be able to differentiate between emails sent from superiors or subordinates, and then use that information to better address someone’s email preferences. Post-5 p.m. messages from people under you, for example, might get held for delivery until the next day, while emails from the boss — or the boss’ assistant — could go right through.

“We have organizational charts, but they don’t tell the whole story,” said Gilbert, adding that the research could help map “informal power and reporting structures” in an organization. “A classic example is the CEO’s administrative assistant: That person may not occupy a high box on the org chart, but he or she still has a large amount of influence.”

The project falls in the research field called “applied natural language processing,” which has been an important sub-field of artificial intelligence for the past 25 years. Tools first developed in the area, however, can be applied to other data and yield enlightening results about human interaction through electronic media or simply how people relate to each other.

One complicating factor in Gilbert’s research was the data set itself. Aside from its utility as grist for study, the Enron corpus can also be considered profoundly flawed as an example of “natural” language; after all, Enron and its officers were responsible for one of the largest, most systemic examples of corporate fraud in U.S. history, and Gilbert acknowledges that the behavior behind this ignominy likely bled into communications among Enron officers. To minimize the chance that their statistical findings captured phenomena unique to Enron, Gilbert and his team manually went through the emails and removed phrases that appeared specific to the company. They also threw out all correspondence after Enron’s bad behavior had come to light.

“The trick,” he said, “was to find a point just before things really started to fall apart. We chose a date (May 1, 2001) several months before a formal investigation of Enron began and before its executives started selling off their own Enron stock. For all the emails that preceded that date, it’s reasonable to assume that Enron and its people behaved just like any other large private entity.”

Gilbert’s research will be presented February 14 at the 2012 ACM Conference on Computer Supported Cooperative Work (CSCW), being held Feb. 11-15 in Seattle. Gilbert said CSCW, now in its 15th year, is widely regarded as the first conference devoted to social computing.

To view the full 100-word lists that reliably predict hierarchical direction, read Gilbertâ€™s paper located at http://comp.social.gatech.edu/papers/cscw12.hierarchy.gilbert.pdf. And about that certain four-letter word that rhymes with hit?

“Yeah, I don’t know what the story on the cursing is,” Gilbert said. “Maybe that’s the next paper.”

Story Source:
The above story is reprinted from materials provided by Georgia Institute of Technology, via Newswise.
Note: Materials may be edited for content and length. For further information, please contact the source cited above.